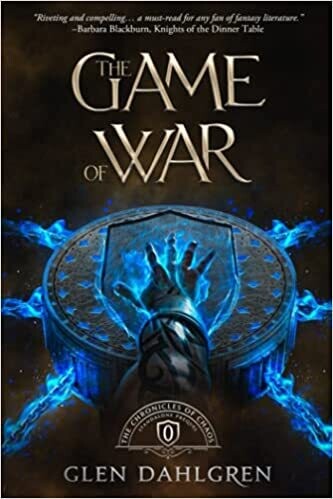 The Game of War: The Trials of Dantess, Warrior Priest (The Chronicles of Chaos) by Glen Dahlgren

Standalone, full size prequel to the Gold Medal Winner of the 2021 Readers' Favorite Award for YA Epic Fantasy

Dantess wants to follow in the footsteps of his dead grandfather—a legendary priest of War—but his father forbids it. In fact, his father’s hatred of War lands him in a cell within the god’s temple.

Dantess must choose: let his father die trapped in War's temple cells, or defy his upbringing, become a priest like his legendary grandfather, and win his father’s freedom in the deadly Game of War.

Torn between the legacies of his father and grandfather, Dantess finds that both paths hide secrets that threaten to destroy everything he cares about, including his sanity.

Percy Jackson enters the Game of Thrones in what reviewers are calling, “one hell of an action-packed thrill ride.” It’s a don’t-miss page-turner full of mysterious magic, crafty competitions, and plenty of pirates!

"Riveting and compelling, a must-read for any fan of fantasy literature." —Barbara Blackburn, Knights of the Dinner Table

Save this product for later
Display prices in: USD